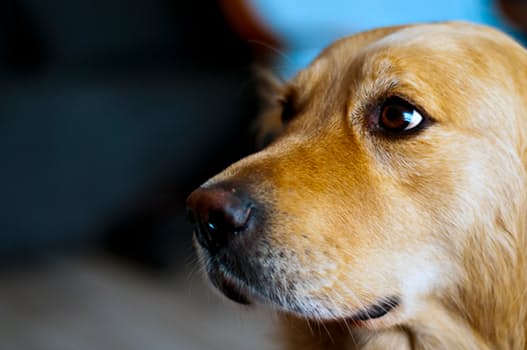 Working as The Rehab Vet, I soon discovered the need for guidelines regarding post-operative canine confinement. “Crate rest” is routinely prescribed following either orthopaedic or spinal surgery. During home visits, a wide variety of unsuitable recovery set-ups are encountered. These range from miserable dogs forced to lie tightly-curled in small, barren crates, to poor use of room-confinement, in which patients continue to jump on furniture or to chase the cat.

In my experience, improving the crate or room set-up tends to result in a better recovery. As part of a plan to address this situation, I have set about investigating the spatial requirements of confined dogs. Requirements vary, depending partly on the size and shape of the dog. To look into this, we are obtaining measurements of dogs of various breeds.

Bearing in mind that the dog will be confined to the recovery crate for nearly 24 hours per day, typically for around 6 weeks, the crate must be large enough to meet the patient’s welfare needs. It is absolutely essential that the patient has space to adopt each of the natural postures, i.e. space to stand, to sit, to lie fully-stretched out and to move unhindered between these positions. Being forced to lie continuously in a tightly-curled posture is expected to cause muscle and joint stiffness on rising. Turning within a tight space and settling into a comfortable resting position are both expected to be more difficult for injured or operated than for healthy dogs, so ample space should be provided for patients to move from one position to another.

This has been discussed before in the context of intensively-farmed livestock. The Brambell Report stated “an animal should at least have sufficient freedom of movement to be able without difficulty to turn round, groom itself, get up, lie down and stretch its limbs” (Brambell 1965). Our recovering canine patients should have at least this same degree of postural freedom.

Crates currently available on the UK market do not offer sufficient space for many of our dog breeds to adopt their basic postures. Long-limbed dogs take up a surprising amount of floor space when lying in sternal or lateral recumbency. Long-bodied dogs such as dachshunds need ample floor space in order to stand straight. The “sit” posture requires sufficient headspace, especially if the dog chooses to raise its nose while looking up towards an approaching owner. Standard crates prevent tall dogs from sitting, or force them into an unhealthy slouched posture which overloads the forequarters.

The patient should both eat and drink within the crate and must have sufficient space to do so. It is generally unwise to let the patient out of the crate at meal times because unexpected distraction, e.g. by the doorbell, may cause running or leaping. Furthermore, the crate will be accepted more readily if food is offered within it.

The dog should be able to stretch within its recovery quarters. Many dogs like to yawn and stretch, especially on rising. This stretching behaviour, or “pandiculation”, is likely to benefit recovery by adjusting muscle tone, putting joints through their range of motion, and improving emotional well-being. Animals can only stretch in this way when they have enough space to do so (Fraser 1989).

The interior of the crate should ideally offer the dog a choice, e.g. between a deeply-bedded sleeping area and a zone more suitable for standing. This is because it is essential for good enclosures to offer an animal some control over their own environment (Sambrook & Buchanan-Smith 1997). When healthy and unconfined, the pet dog chooses where to rest or stand within the house, often moving from one place to another depending on temperature, through-traffic, etc. The crated dog has no such choice. For kennelled dogs, the issue of choice is addressed by dividing the space into different regions such as a hiding place, a raised platform and an outdoor zone, thus enabling the dog to choose where to sit, stand or lie (Taylor & Mills 2007). For dogs recovering in a crate, suitable zones may include:

Provision of two such zones requires sufficient floor space within the crate. The total floor area would need to be at least large enough for the dog to rest in two different possible locations.

The dog should be able to choose in which direction to face when standing or lying. This sounds obvious but, as crates are relatively narrow, crate-rest often forces long-bodied dogs to stand or lie facing only the short side of the crate. To enable the dog to face in a choice of directions, the crate should be at least a little wider than the length of the dog. It is controversial as to whether this dog measurement should be taken in the standing or stretched-out lying position.

It is controversial as to whether the dog’s space allowance should include room for the tail to be held out in a natural posture. The tail is an extension of the spine, so it is reasonable to suggest that tail posture should not be forcibly restricted during recovery.

Some recovering dogs need their bedding to be tucked up around the sides of their crate interior. For example, many miniature dachshunds, Chihuahuas, whippets and other single-coated breeds will only settle down to rest if draughts have been excluded. Space taken up by tucked bedding should be taken into account as part of the minimum floor space allowance.

Using measurements from dogs of various breeds, I am developing suggested minimum floor space guidelines. These are estimated to enable the dog to lie fully stretched-out on a deeply-bedded area with the crate, and then to stand perpendicular to this within an adjacent area of the crate. A few centimetres has been added to the width and length of floor space to allow for the thickness of bedding tucked up around the inside of the crate.

Setting a maximum size for the canine recovery crate

During recovery, the purpose of confinement is generally not to immobilise the dog but to help prevent exuberant activity. Running, jumping (e.g. on and off furniture), playing with other dogs, accessing stairs, and moving over slick flooring typically need to be avoided.

The maximum safe size of the dog’s recovery area is controversial. This is a topic that needs thought and debate. Those who wish to contribute to the discussion are welcome to contact me directly here or to post on the Recovery Space Dog Welfare Project page.

Confinement to a floor space of length and width each perhaps no more than 3-4 times the length of the dog’s body may discourage running, though there as yet no studies investigating this.

We should bear in mind that some dogs may attempt frantic and strenuous leaping and digging even when confined to a small crate, especially if distressed. It is possible that tight confinement may increase, rather than decrease, risks associated with exuberant activity in some cases. For example, a lively dachshund confined to a narrow crate following spinal surgery may be forced to put their spine through more lateral flexion than is desirable while attempting to move within their restricted space.

On a practical level, maximum crate size for larger dogs is often limited both by the size of the owner’s domestic space and by which crates are available. For those cases in which a large enough crate or pen is either unavailable or will not fit easily into the owner’s home, it may be more practical to prescribe room rest.

Labelling of crates tends to be misleading, and owners therefore need guidance when crate-rest is prescribed. For example, the “42in” crate is sometimes sold labelled as being suitable for Labrador Retrievers, deerhounds and Afghan hounds. This crate offers extremely cramped living space for any of these breeds. Being only 31in (78cm) tall, it does not even enable many Labradors to adopt their natural sitting posture.

Dog pens measuring 158cm long x 76cm are readily available, e.g. here. Such pens offer a useful recovery space solution for smaller dogs, so long as the owner is sure that the dog will not try to jump out.  Pens with extremely high sides are rather cumbersome for most homes, but could be considered as a useful option during recovery, e.g. try this link. Some pen designs are potentially more useful for long-bodied dogs as they can be set up as either a rectangle or hexagonal/square format.

Brambell FWR (1965) Report of the Technical Committee to Enquire into the Welfare of Livestock kept under Intensive Conditions. HMSO London

© 2023 The Rehab Vet. Created for free using WordPress and Colibri